The new Navigator (with Cloudflow) installer is similar to previous installers, but the Cloudflow installer is separate, launching automatically after Navigator completes its install.  This will bring up a DOS console, showing that the CloudFlow application (and required services), are being installed.  At the end of the install, everything should be operational, but if it isn’t, there are some options to try.

After launching this, it will bring up a console that gives you a choice to install, uninstall, or License. Type “L” and hit Enter. This should license the CloudFlow component successfully.

If the normal Navigator install fails to correctly install Cloudflow, you can try to manually Install CloudFlow after the install.  Open “InstallCloudflow.exe,” type “I” and hit Enter.

The first window will ask you where it needs to install a Viewer folder.  The default location is: C:\Navigator\Navigator\Cloudflow. 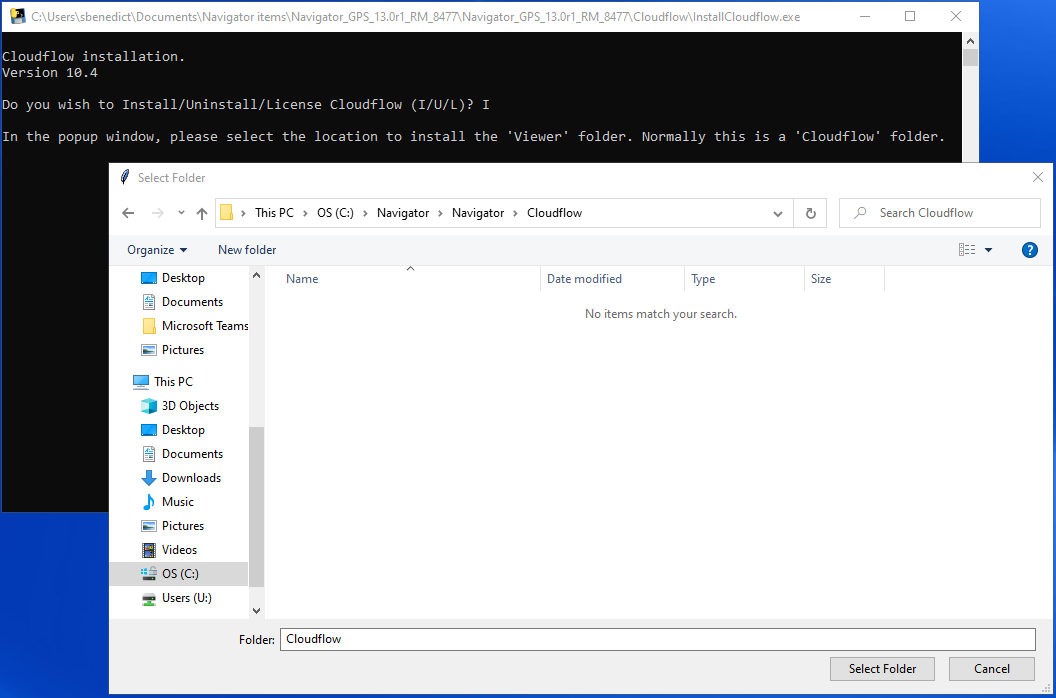 This will then let you know that the install is processing. This will take several minutes, so do not worry, and try to force quit the installer. Let it run. 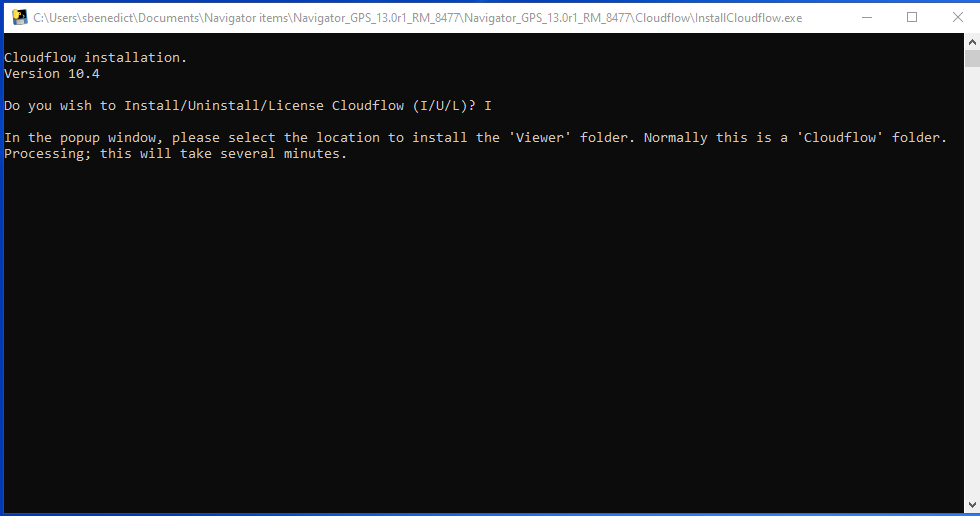 Next it will open another window, showing it is starting the Windows Services needed to run. Click Enter to close the window when prompted. 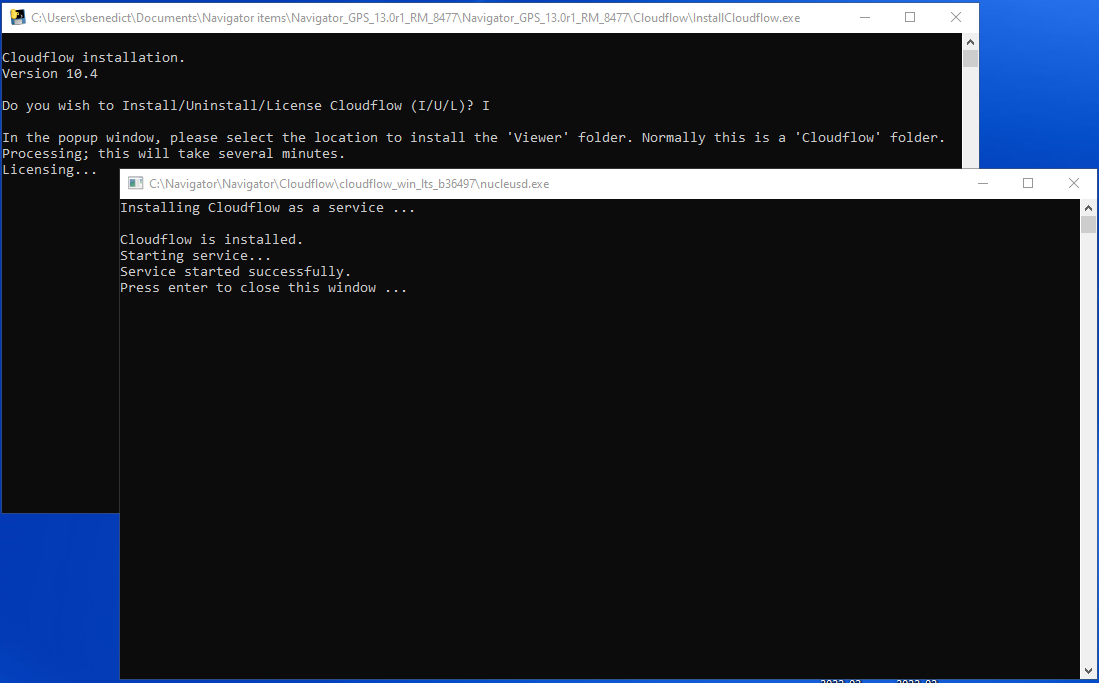 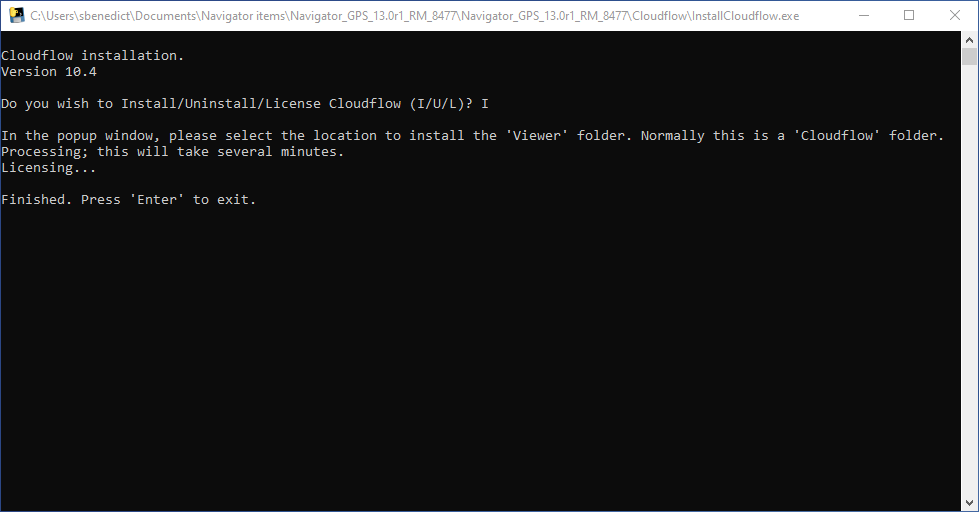 Launch the “InstallCloudflow.exe” program and type “U”, then hit Enter.  This will bring up a File Explorer window, asking which Cloudflow Viewer folder needs to be removed.  The default location is: C:\Navigator\Navigator\Cloudflow\Viewer 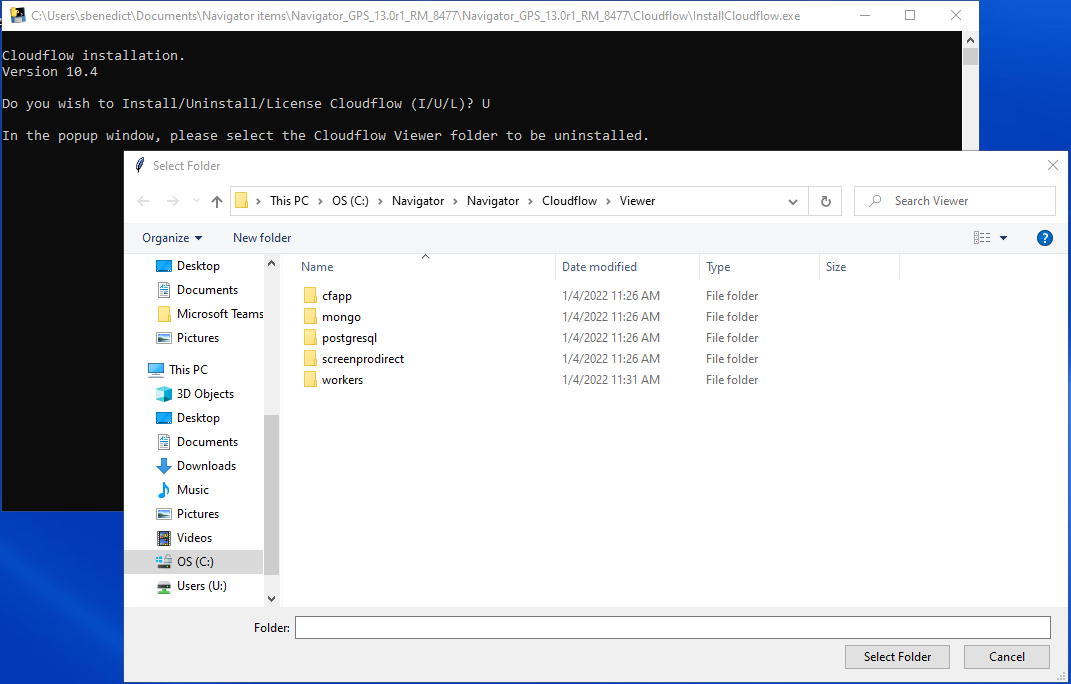 Now you will see a window stopping the Services, and removing them.  After this is complete, you will be prompted to click Enter to close the top window. 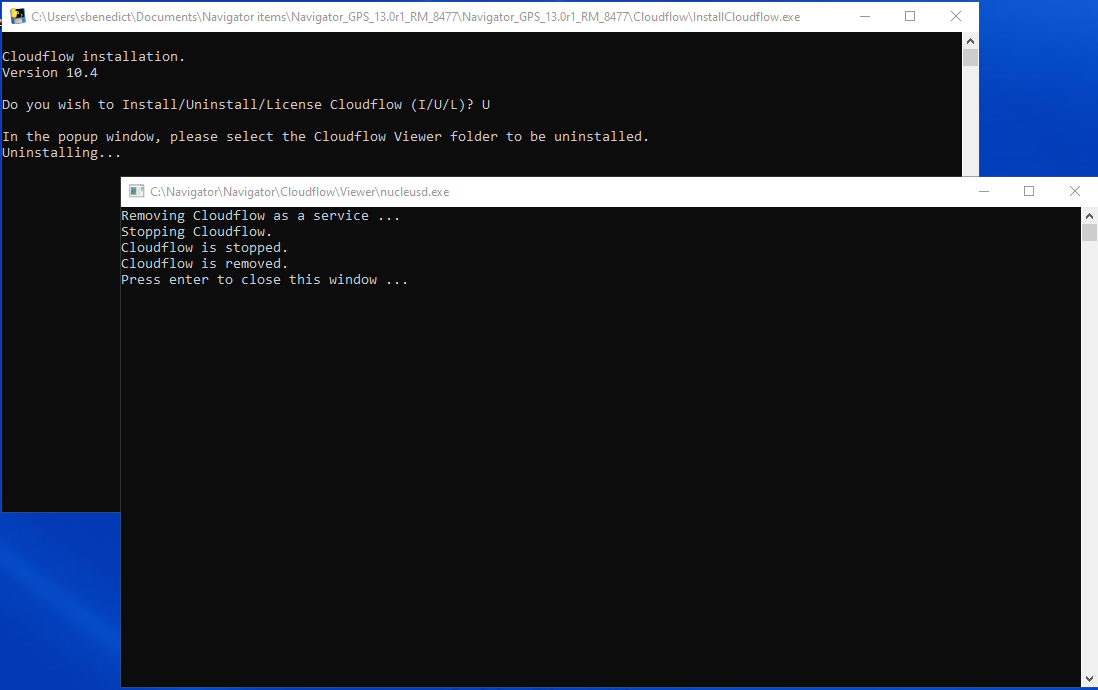 Before the uninstall is complete, it asks you to remove a folder manually.  Remove this folder, then hit Enter to proceed with the uninstall. 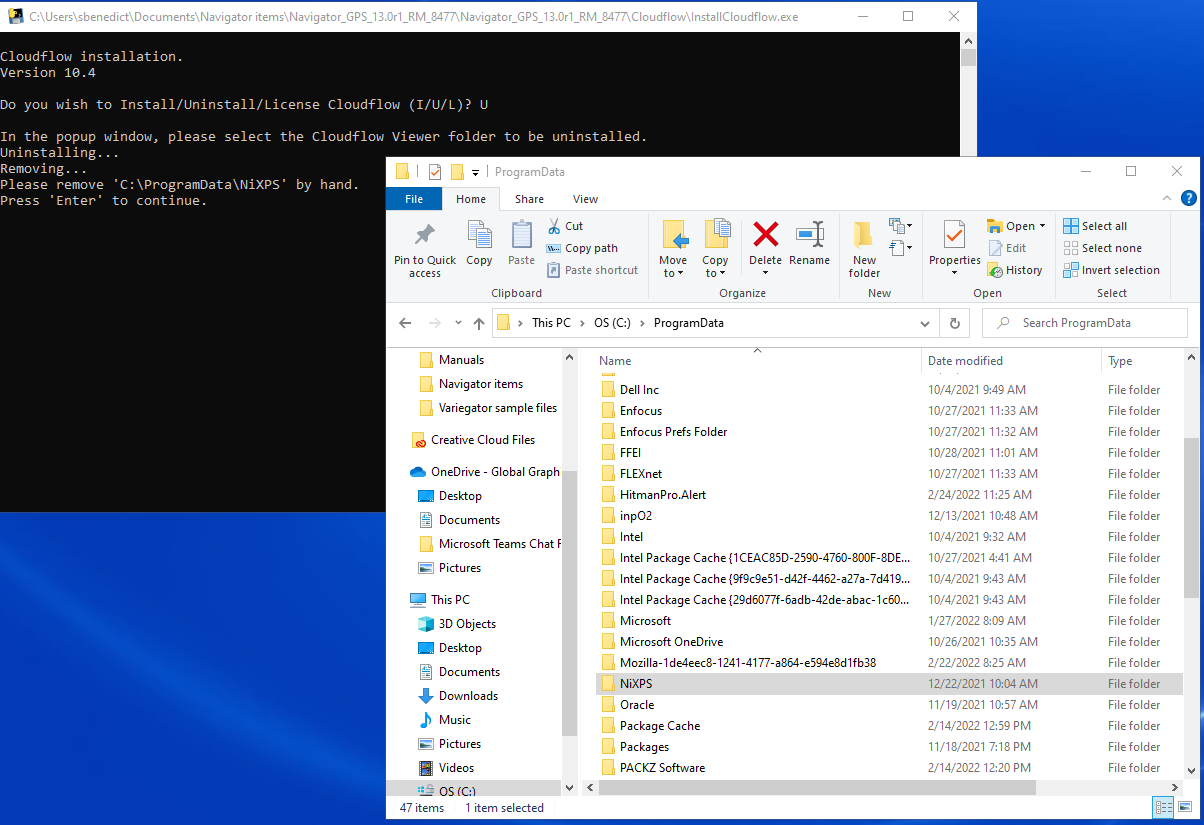 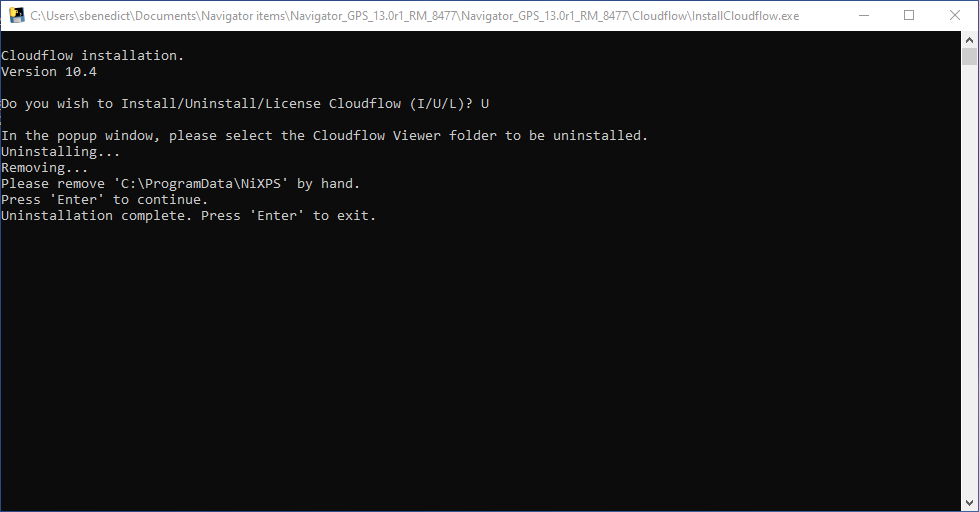